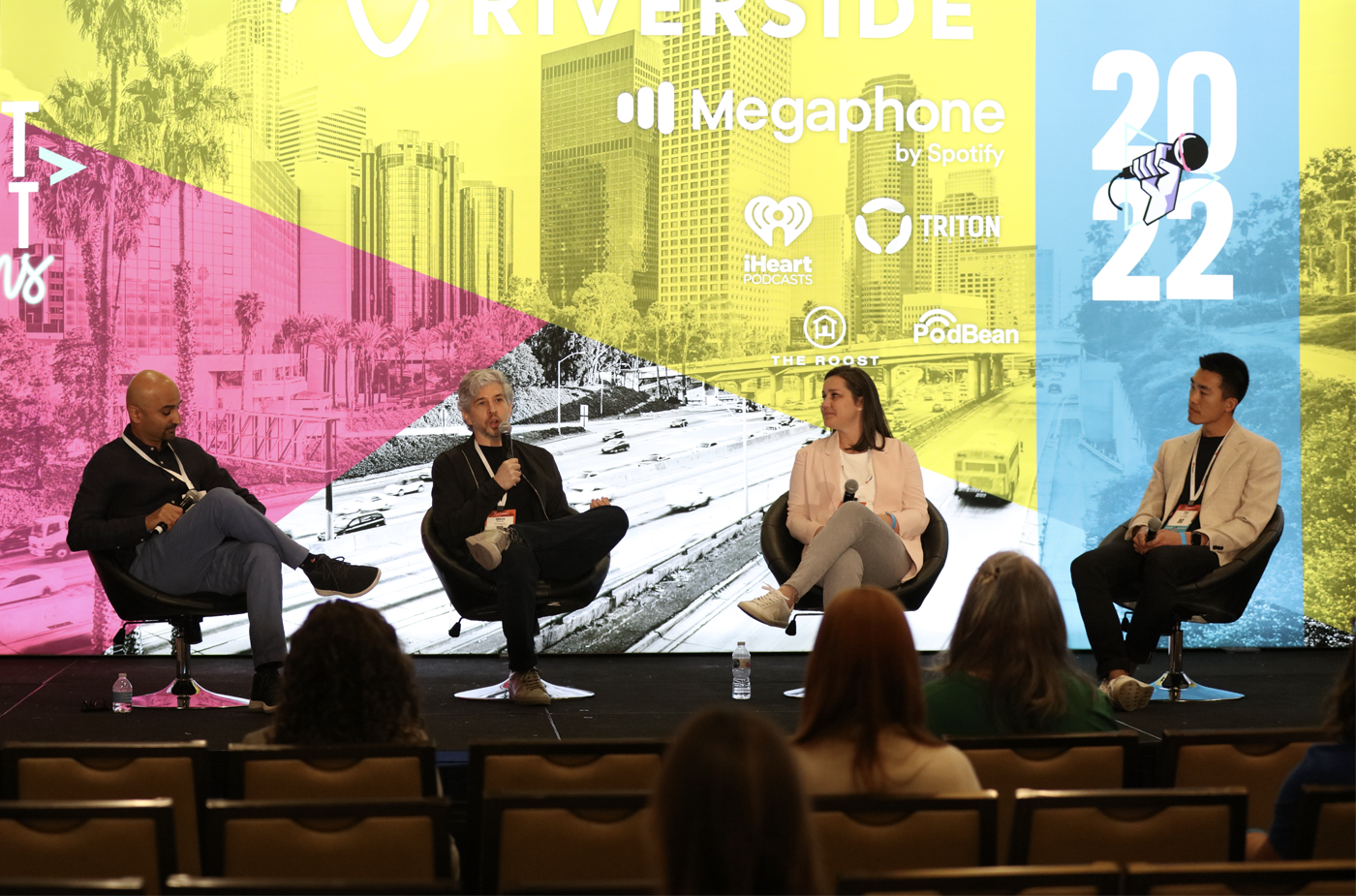 A Recap from Podcast Movement Evolutions 2022

How Innovative Publishers are Making Space for Audio

At this year’s Podcast Movement Evolutions, Megaphone held a panel discussion titled, “How Innovative Publishers are Making Space for Audio,” which aimed to explore how enterprise podcast publishers are innovating with audio content and engaging new audiences and advertisers. The session was moderated by Spotify’s Head of Advertising Business Marketing, Khurrum Malik, and featured audio leaders from Megaphone publishers Vox Media, Paramount, and Sony Music Entertainment. Missed all the action? We’ve got you covered – keep reading for a look behind the curtain into the successful podcast strategies of these major publishers.

When asked when podcasts became a viable component of their editorial and revenue strategy, the response from Vox Media was surprising – monetization wasn’t the initial focus. Rather, the content led the way.

“Our job is to make great content. We realized that audio was a great way to tell stories without having a clear business or monetization strategy in mind,” said Vox Media’s GM of Audio, Ray Chao. “When we launched our initial podcasts, we saw an incredible audience demand and interest which helped us lean in. We had great content, an engaged audience, and then monetization followed.”

Though content is king in podcasting, not every new show is going to be a winner. Publishers need to use their judgment when pushing out new content –  Paramount’s EVP of Podcasting & Audio, Steve Raizes, commented, “You absolutely need the resolve to say no - if a podcast isn’t going to be highly differentiated, we cannot produce it. If we’re not saying something that only we can say in a way that people care about, we try not to do it.”

However, determining whether or not a new podcast is successful isn’t as simple as the revenue it’s generating. Ray Chao shared, “When measuring success, we look at four things. One, are we proud of the work? Two, are we engaging a large audience? Three, are we driving conversation? And four, is this financially viable? When a show checks all four of those boxes, we know we have something really special.”

While all of the publishers on our panel have seen success in podcasting, there’s still room to grow. Edison Research’s The Infinite Dial 2021 report found that an estimated 41% of the US population listens to a podcast on a monthly basis. To reach new listeners, Sony Music Entertainment’s SVP of Podcast Business Development & Operations, Emily Rasekh, explained, “We’re trying to figure out from an audience development perspective how to meet new people and look outside our bubble. I think diversity in programming and international expansion will help there.”

Expanding outside the bubble was important to Paramount’s Steve Raizes as well. His next frontier? “Scripted fiction. We haven’t yet had our Serial moment. That feels like such a rich, exciting opportunity,” he commented. Even more compelling? The idea of working in podcasts itself.

“We have a very simple saying for the team: joyous rockstars. We work in content. How could this not be amazing and exciting?”