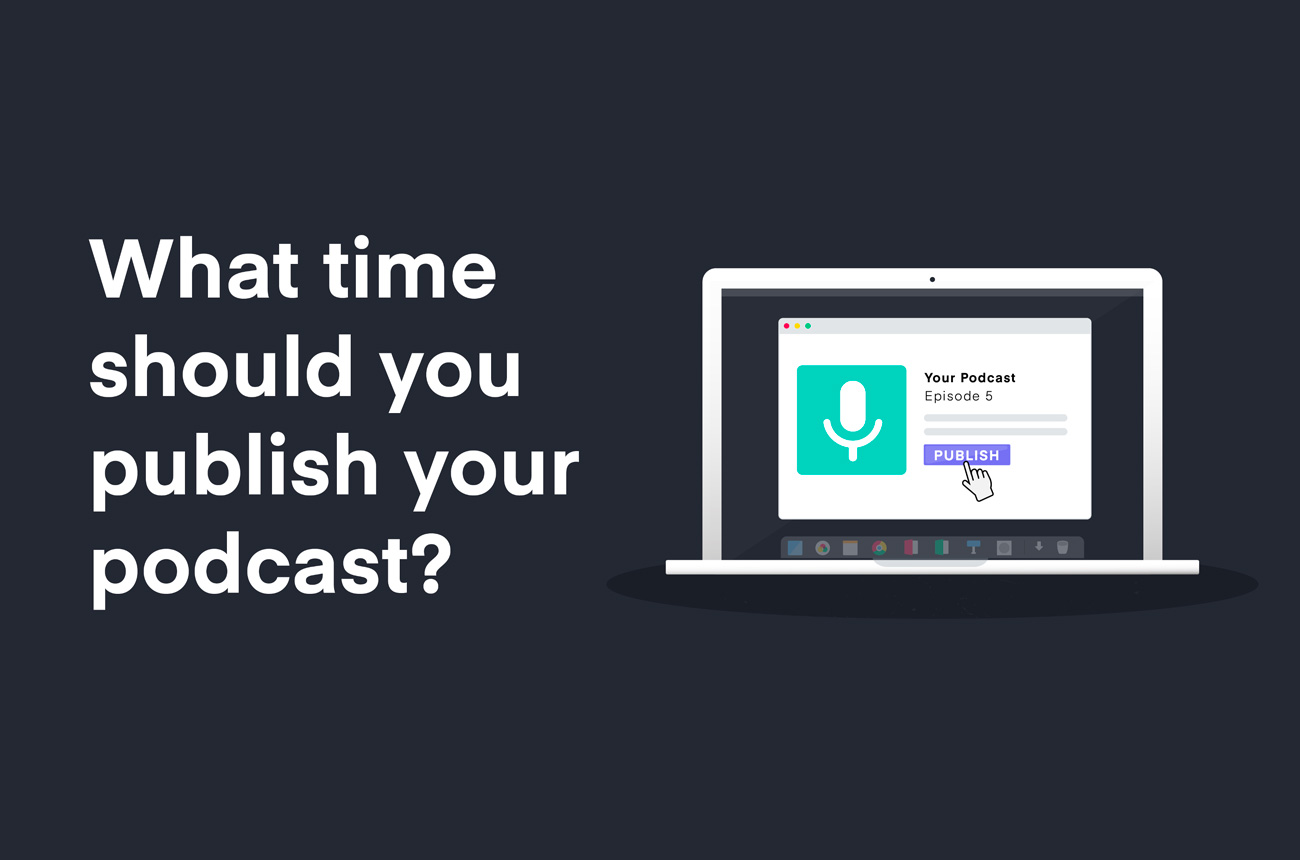 What time should you publish your podcast?

Your podcast’s release schedule could affect its performance.

All podcasters and podcast networks have to make a choice, once all of the recording and editing is done, about what day and time to release their shows. That got the Megaphone data team wondering about two questions. First, what days and times are most (and least) popular for podcast releases. And second, is there a way to determine a correlation between release schedule and downloads?

I’ll begin with a caveat: A show like This American Life could release its episodes at any hour of any day and still remain one of the most popular podcasts in the world. And in fact, Ira Glass’s Sunday night publishing schedule is well out of the mainstream. There are lots of factors that affect the number of downloads your podcast gets, starting with its quality and also including marketing, frequency, and much more. An optimal publishing time won’t turn a tiny show into a massive hit. But it also won’t hurt.

For this analysis, we decided to limit our sample to shows that receive between a low of 1,000 and a high of 100,000 downloads per episode (shows smaller and larger than that seem immune to the effects of when they publish). Let’s start with the most basic question: On what days and at which hours do podcasters let their shows loose on the world?

The trends are clear. Weekdays are much more popular than weekends, and the overnight hours account for the six highest-volume release times. This dovetails with the conventional wisdom that many people download and listen to podcasts in the morning, before or on their way to work/school/errands. Next question: How well do these publishing days and times correspond to actual downloads?

(For this part of the analysis we’re looking only at weekdays because weekend listening habits tend to be quite different.)

In the first chart below, we see the number of Megaphone-hosted episodes published per weekday hour in the past year (April 2018-March 2019). In the second, we see the median number of total downloads those episodes went on to receive over the following weeks.

As you can see, the best download timeslot is Tuesday at 5 AM, with episodes publishing at that time seeing a median download rate of 10,386 downloads per episode. But the most popular publishing timeslot is Wednesday at 2 AM, with a total of 809 episodes being published in the past year.

[Side note: It’s important for us to look at the median downloads per episode and not the mean average, because larger shows could disproportionately pull the mean up.]

It’s easier to see the trends if we group the five weekdays together. You’ll notice that episodes published in the early morning hours generally perform better, even 4 AM when we don’t have as many episodes being published. It looks like shows that publish before the morning commute do increasingly better up until 5 AM, then the performance drops off.

Our theory to explain this is that an episode gains a competitive edge by being at the top of the list in a user’s podcast app at the time they commute to work. This is supported by the finding that episodes published in the afternoon do best when they post just before the afternoon commute (in the 4 PM hour).

But this theory is based on the assumption that podcast apps tend to list the newest episodes higher in a listener’s feed. We did some testing, and that’s generally true, although it’s not quite as simple as that — in the Apple Podcasts app for example, the algorithm tends to favor newer episodes unless you haven’t listened to a particular show for a while, and in a few other situations. Nonetheless, Apple Podcasts and most other apps we tested did indeed give newer episodes an edge (the exception was Overcast).

One popular publishing time seems to yield notably poor results. Shows that go live around midnight — 11 PM to 1 AM — have significantly lower total downloads than the 2 AM to 6 AM group. For listeners who scroll through their podcast apps when they wake up, these midnight shows would appear lower on lists of new episodes sorted by publishing time than a 5 AM show would.

A few other takeaways:

We’ll stress again that these data only show correlations between publishing times and downloads. Any causal relationship would need to be tested by the same podcast methodically changing its publishing day and/or time, to see how that affected the downloads. We’re guessing few podcasters would want to be the guinea pigs in that experiment.

Still, we have enough information to see patterns emerging. There are many reasons for choosing a particular timeslot for your podcast, but if you’re able to publish on Tuesday at 5 AM, these data suggest that wouldn’t be a bad choice.